I was driving down the road and noticed a truck in front of me. I looked at the image of Sherwin Williams on the back of the truck. For clarity, I have included that image at the top of this post. I laughed out loud to myself in my car after I looked at this illustration. Hopefully no other drivers noticed this oddly timed LOL.

I'm not looking to go deep into a full exposition of how gravity does work, but I'll give you a flavor. If gravity was accurate in this image, you may wonder how the can was being suspended in mid air! If you could resolve that issue, you would think about how the paint would fall to the surface of the earth and smother the poor earthlings below! I think that's how the dinosaurs went extinct. The paint would coat the outside of the earth. Sadly, it wouldn't drip off as in the logo. It would just continue to cover the land. That makes the slogan, "Cover The Earth" quite appropriate. It would literally swallow up the earth in paint. So, even though they horrifically misrepresent the law of gravitation, the have indeed crafted an illustration of their mission and goal to be the ones to cover the earth with paint, metaphorically, by being a prime retailer of paint sales.

But when you say it like that, it's hardly worth the LOL.

I just got a good laugh at this train of thought and needed to share it. 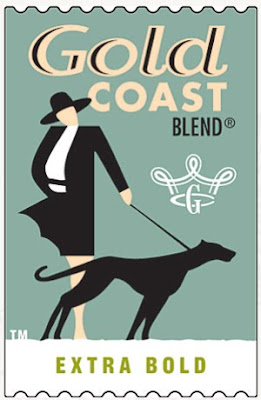 Week #7 Gold Coast Blend
This is our biggest, boldest blend – a coffee with "big shoulders".
The source of Gold Coast Blend's bigness is a secret recipe of Latin America, Asia/Pacific and dark roast coffees. Created to celebrate the big city of Chicago, the interplay of these very different coffees weaves a deep and densely rich, sophisticated taste. A style all it's own, this coffee is truly one in a million.
I like knowing Starbucks is human too. By my account, that tag line has a typo at the end-"big shoulders". I may need to review my punctuation rules regarding quotes and punctuation inside or outside the end quote, but for now I am comforted to know that nobody-even Starbucks-is perfect.

Well, with my spring finals coming up, I needed a strong coffee! This one was definitely strong enough to keep me studying. I needed some caffeine to keep my eyes on the prize. But the prize this year was a few papers, two finals, and a bunch of reading. I had this coffe… 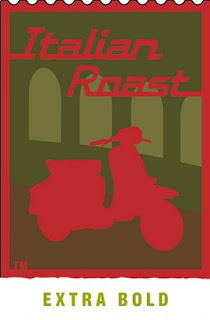 This sturdy dark roast is a sweet, bold cup of coffee.
Somewhere beyond the caramel notes of our Espresso Roast but short of the smokiness that identifies our French Roast – that is the sweet spot held by Italian Roast. What is created after the coffee cools is a sturdy and sweet blend, potent and intense. Sit back, relax and enjoy La Dolce Vita.
Remember how I said caffeine can give me the jitters sometimes? Well, depending on other factors, it can also make me itchy. After one, I was shaky and itchy. It had a great and potent flavor which I loved, but after one and a half I felt as if I was covered with creepy-crawlers. I was trying to avoid shaking my notebook right off the table while trying to learn a verbal stem for Hebrew. After my one and a half coffees, I had to call it a night and head home. How long do you think it took me to fall asleep that night?
Great flavor, enough caffeine to wake the dead. 1.5 out of 5 refills 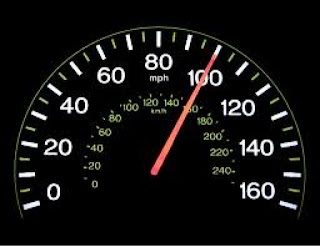 Ever feel like life gets too busy? Sometimes I feel that way. There are times when I get so anxious about the things to do and the deadlines I have to face that I get frozen and don't feel like doing anything. It's a terrible feeling.

A group of men from our church started meeting together to read a book by Patrick Morley. It's called, The Man In The Mirror: Solving The 24 Problems Men Face. I hadn't read this book before even though I have owned it for about five years. The first chapter is entitled, "The Rat Race." This chapter stuck out to me. Simultaneously, H (my wife) had been thinking about a women's study with church with a book called The Unhurried Life. Sounds like a good book to me. Seems like our thinking aligned with what was going on in our lives. Seems like we need to learn how to live our lives and make better choices as to how to spend our time.

One fine morning I brought my car for an oil change. It was a full experience: I met this ni…